What is the Divine World?

Posted on July 1, 2014 by themagickalpen 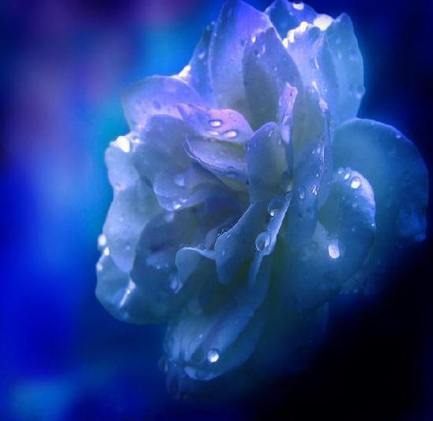 Definition of the word ….Divine

a. Having the nature of or being a deity.
b. Of, relating to, emanating from, or being the expression of a deity.
c. Being in the service or worship of a deity; sacred.

According to the Merriam Webster dictionary…

Every spiritual path has its own definition of who or what the Divine is. This expression takes the form of being monotheistic (a singular form of Deity) or polytheistic (multiple Deities) in nature. Additionally, depending on the precepts of that path, Deity is may be considered accessible to all or as looming large as overseer of what transpires in the mundane physical world. Regardless of the specifics surrounding the description of the Divine, the common ground of understanding is that this energy is sacred and carries with it the potency of cosmic creation.

1. described or thought of as having human form or attributes
2. ascribing human characteristics to non-human (things)

Archetype is defined as:

..the perfect example of something

The Wiccan Path is one of polytheism. We interact with and offer our devotion to the many forms of God and Goddess and define Divinity as aligned in a polarity and balance of male and female energies. Within this spectrum of polarity are multiple forms, energies and archetypes of diverse and varied Deity. There is both an anthropomorphic view, which enables the seeker to more closely identify with the energy of beings, who, are in their most refined forms incomprehensible. And, there is also a view of using the varied forms of the Gods and Goddesses as archetypal energy to be overlaid upon the intention or focus of goal that will be manifested into a given state of being. Your spiritual journey is informed by the multi-layered experiences and interactions you have within the realm of the Divine. Thus, the images and energies that flow from the inhabitants of this realm of the Divine inform the psyche in a way that the archetypal energy can be processed more fully within the bodies of consciousness.

“ All Gods are one God, all Goddesses are one Goddess, and there is but one Initiator.The Initiator being oneself”
excerpted from: The Witch’s God by Janet and Stewart Farrar

In maintaining this polarity there are a number of names given to these two prime energies. God and Goddess and Lord and Lady are but two ways of addressing the general energies of the Male and Female aspects. As we move down to a point of specificity, individual names of the God or Goddess along with the attributes that each carry and have energetically established differentiate who and what type of energy you are connecting with.

Hecate’s Call: The Sorrow of the Mother

I call to you at the
Fullness of the Moon.
You who are my child
Of great promise.

I, alone, wait at the moonlit
Crossroads as only a
Mother will do for
Her wayward child.

I stand ready to defend and to
Teach but you must reach out
In embrace of my stern ways.

I wait and there is only the
Flow of my tears that you
Have not yet found your way
Back to Me.

It is within my womb that
You were quickened
And each step you have taken
On your journey has had my
Mark of unconditional love
Upon it.

I am cloaked in the light
Of a thousand moons and
The reach of my hand
To draw you to me
Shines blood red from
All that I have birthed.

The poem above is one that I wrote for a series of articles entitled: Hecate’s Call and was intended as a devotional to the Goddess, Hecate. When we approach Deity through ritual, devotion or meditation it is with the understanding that there is no need for an intercessor or intermediary for they are both within and without our spectrum of experience. With that being said, however, there is still the need for respect and continued efforts at establishing a working relationship with the Deities you wish to involve in your work. Keep in mind that the issuance of an invitation to work with you is not necessarily going to be answered, as the Gods and Goddesses also have their own agendas and needs. But, generally, if the request is made in earnest and the intent is one in keeping with the attributes of the Deity acknowledgement is usually given and some sort of energetic presence will be experienced.

When we speak of Patrons in the craft it is meant that there is a God and/or Goddess who has an express interest in working with you. You may hear that someone has been “called” or “chosen” by a specific Deity, despite the individual’s initial unwillingness, and has come to resolution that they are to remain in this alliance until the time that the work meant to be completed is done. The selection and acceptance of Patrons is one which is an agreed upon matter. By that I mean that no matter how hard you try to get Pan to be your Patron, it simply won’t happen just because you desire it.

In other circumstances, a group or individual may actively seek the patronage of a specific Deity, feeling that the endorsement by this Deity will act to enliven and support the work that is needed. Sometimes this is successful and other times, the Deity simply is not interested.

Now, this may all sound like a very convoluted and daunting process; and you would be right in making that assessment. It is a very convoluted and daunting process, but the lesson of this is that when the right fit and the right circumstances are achieved on both the part of the Deity and the individual (or group) the results are life changing and transforming, as they are meant to be. Often the harder you try, the more likely you will miss the fine points or just the precise path that will lead you to the sacred Temples of Divinity. This is, after all the return to the source of your being and in establishing a deeper connection and feeling the embrace of the Deity(ies) that have your best interest and growth at heart – you have come home.

Robin Fennelly is an Elder within The Assembly of the Sacred Wheel Tradition and also serves as High Priestess of Coven of the Mystic Path. She teaches and facilitates classes for the Pagan Experience Study Group that serves as foundation for membership within Coven of the Mystic Path. Her spiritual journey is strongly rooted in both Eastern philosophy and theWestern Magickal systems from which she has formed a core foundation that is diverse in knowledge and rich in spiritual practice. A life-long learner, her practice has evolved from the classical and philosophical teachings of books, practical experience and enrichment of this knowledge base by attending workshops of various spiritual traditions presented by master teachers. Robin formally came to the Wiccan path in 1994. Following practice as a solitary for 2 years, she dedicated to Oak and Willow Coven of The Assembly of the Sacred Wheel Tradition in November of 1996. She received her 1st, 2nd and finally 3rd degrees within the Assembly Tradition. As a teacher of esoteric and magickal studies she has used Energetic Anatomy, Tarot, Astrology, Hermetic Qabala, Eastern Philosophy, and Numerology as the foundations of her diverse selection of workshops and writings for more than 25 years. Exploration of varied energetic protocol has been the focus of her work for some time now and the information gained through direct experience informs all of her magickal and spiritual work. Robin’s writings have been featured online, and in print Internationally. She has authored several books incorporating her unique style of writing making use of poetry, prose and pathworking to enhance the concepts presented. She has taught extensively throughout the Pagan community, including Sacred Space Conference, Spring Magick, Between the Worlds Interfaith Conference and Free Spirit Gathering Festival this Summer. Her most recent project is hosting an online blogging community entitled The Pagan Experience. Robin is the owner of Holistic Embrace providing services for mind, body and spirit such as Tarot readings, Astrology reports, Spiritual Guidance and other related offerings. She lives in Eastern Pennsylvania and her life is blessed by a 43-year marriage, five children and the opportunity to work in the field of public education. Robin's esoteric writings can be found on her blogs.
View all posts by themagickalpen →
This entry was posted in YAD-Lesson Three, Year and A Day Course and tagged Craft of the Wise, Deity, Devotion, Foundations of Practice, Go, Goddess, Hecate, Journaling, Lady, Lord, Magick, Patrons, YAD-Lesson Three. Bookmark the permalink.

3 Responses to What is the Divine World?